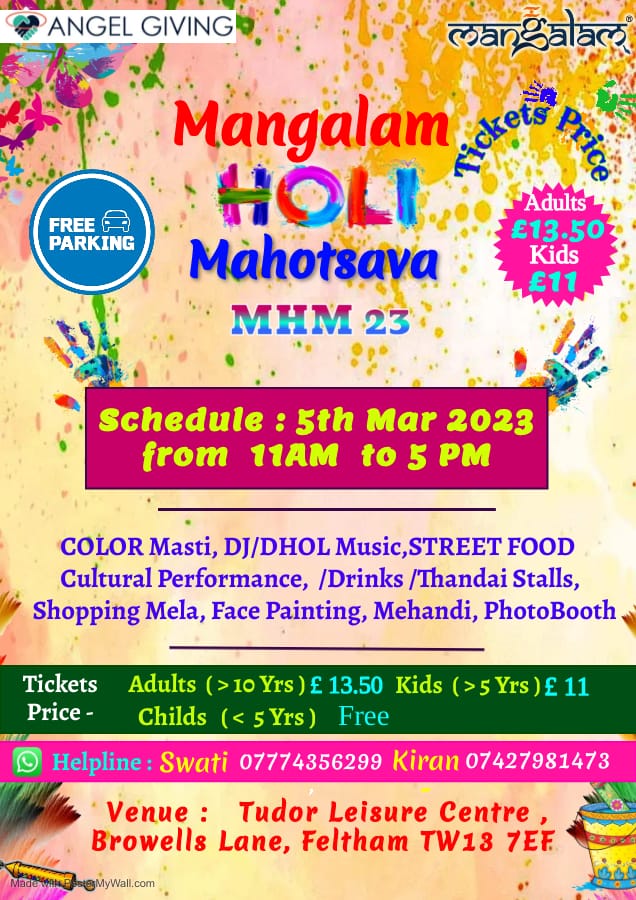 We cordially invite you and your family to celebrate HOLI (Festival of Colors-2023) with us and be colorful by dear and near. 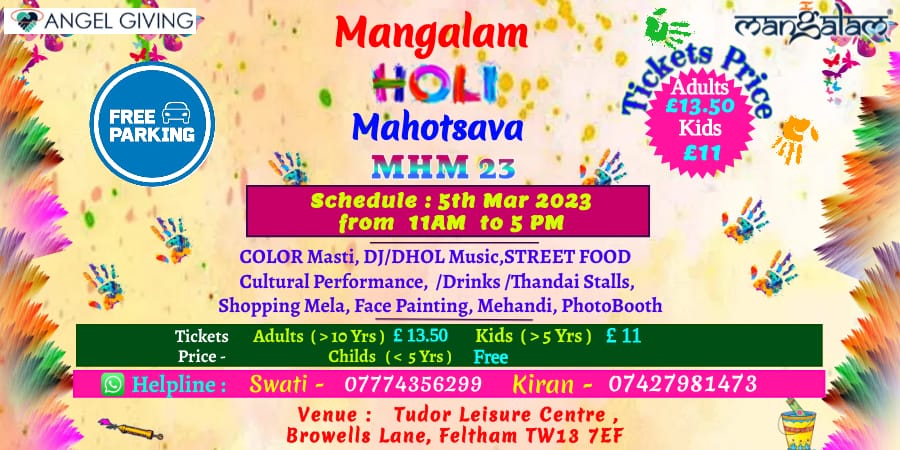 Holi has its roots in Hindu mythology. Some believe Holi was originally a fertility festival meant to celebrate the arrival of spring. Others believe that it was a way to commemorate the victory of good over evil. Whatever its origins, Holi is now a cherished tradition for Hindus all over the world.

The legend of Hiranyakashipu and Holika is associated with the festival of Holi in many places. Hiranyakashipu, a demon king in ancient India, enlisted the help of his sister Holika to kill his son Prahlada, a devoted worshiper of Lord Vishnu. In an attempt to burn Prahlada, Holika sat with him on a pyre while wearing a cloak that was supposed to protect her from the fire. However, the cloak protected Prahlada instead, and Holika burned to death. Later that night, Lord Vishnu succeeded in killing Hiranyakashipu, and the episode was heralded as a triumph of good over evil. The night before Holi, people in many parts of India light a large fire to celebrate the occasion.

Close
We use cookies to improve your experience on our website. By browsing this website, you agree to our use of cookies.
More info Accept
Start typing to see pages you are looking for.